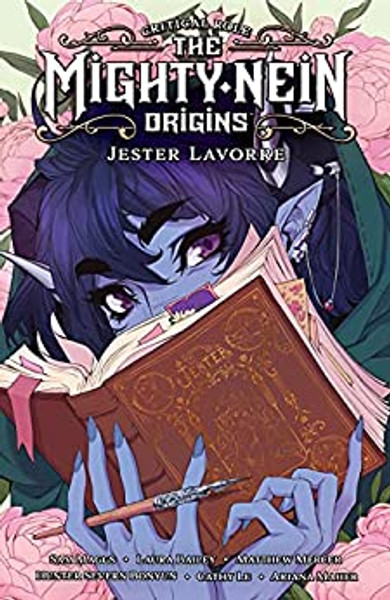 This is the first in a series of original graphic novels telling the origin story of Critical Role's The Mighty Nein.

Jester Lavorre had an unconventional upbringing, even for one born in cosmopolitan Nicodranas. Daughter of the famed Ruby of the Sea, she had many opportunities for mischief as a small child, of which she took full advantage! Dive into the mystery of Jester's early years, her first meeting with the Traveler, and the fateful events that set her on a path to eventually join the Mighty Nein.

Jester's story is brought to life by writer Sam Maggs (Captain Marvel; The Unstoppable Wasp) with art by Hunter Severn Bonyun, in direct consultation with Laura Bailey! This digital book is ready to take its place in your Critical Role library!