EXIT: Return to the Abandon Cabin 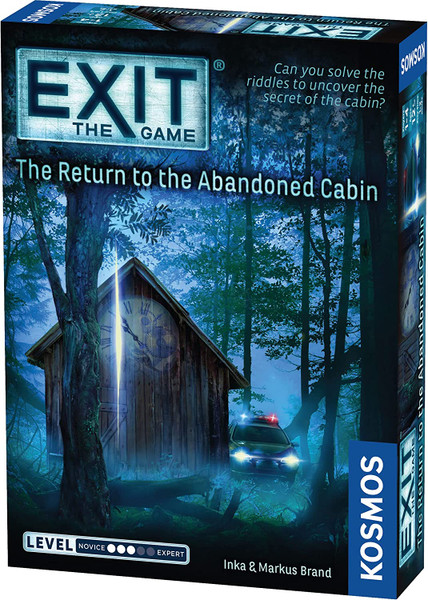 EXIT: Return to the Abandon Cabin

One ordinary morning, a police detective rings your doorbell. He  asks you to come with him — to a cabin in the woods. You instantly know  it’s the same cabin in which the sinister riddle master Dr. Arthur  Funbeq locked you up a few years ago. Apparently, he has just escaped  from prison. Now you’re headed back to the infamous cabin where it all  began to help bring Funbeq down. The adventure begins … again! A sequel  to the very first EXIT game, in honor of the fifth anniversary of the  launch of the EXIT series

Exit the Game: The Forgotten Island

Exit the Game: The Abandoned Cabin

EXIT: Advent Calendar: They Mystery of the Ice Cave

Funko POPS! Fantastic Beasts and Where to Find Them - Percival Graves #07