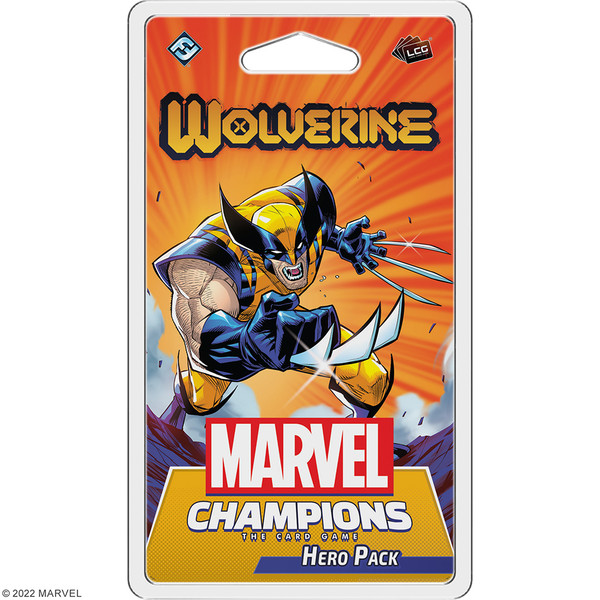 Gifted with a powerful healing factor and armed with adamantium claws that can cut through anything, the hero known as Wolverine is a force to be reckoned with. Though trained as a killer by Weapon X, Wolverine has dedicated his life to helping others as one of the X-Men, and now he tears his way into players’ games of Marvel Champions: The Card Game! Wolverine is a combat-focused hero that can pay for attacks with his hit points and unleash a relentless assault upon the villains’ forces. With this Hero Pack, players will find Wolverine, his sixteen signature cards, and a full assortment of Aggression cards inviting them to tear through their enemies. This pack also includes a bonus modular encounter set featuring the dangerous Lady Deathstrike!

For players eager to challenge Magneto and his Brotherhood of Mutants, they can get started with the Wolverine Hero Pack! This expansion comes with a 40-card pre-built deck, giving players the chance to start playing right out of the box.

EDGE OF THE EMPIRE: LORDS OF NAL HUTTA