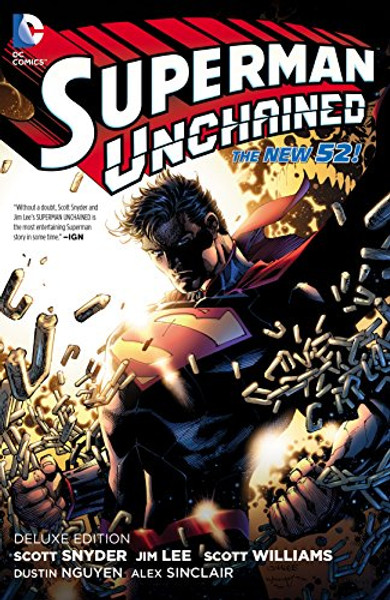 From the skies above Metropolis to the four corners of the globe to the star-streaked spaceways beyond, one man is synonymous with the word "hero." Since his arrival marked the dawn of the superhero age, Superman has waged a never-ending battle for truth and justice, no matter when or where. But before the dawn came the darkness. When another with incredible power, far more than that of mortal man, fell to the Earth. One who could spell the end for the Man of Steel. From the mind of superstar writer Scott Snyder (BATMAN: ZERO YEAR) and legendary artist Jim Lee (JUSTICE LEAGUE) comes SUPERMAN UNCHAINED--a widescreen, cutting-edge take on the hero who started it all! Collects SUPERMAN UNCHAINED #1-9 and material from SUPERMAN UNCHAINED DIRECTORS CUT #1.